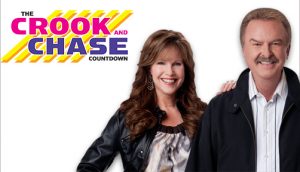 Since teaming up in 1983, Crook and Chase have been involved in the production of television and radio programs on a continuous basis, making them one of the longest running broadcast duos in the business.

They’re still going strong 30 years later! And in February 2013, they were inducted into the Country Radio Hall of Fame.

powered by Advanced iFrame free. Get the Pro version on CodeCanyon.